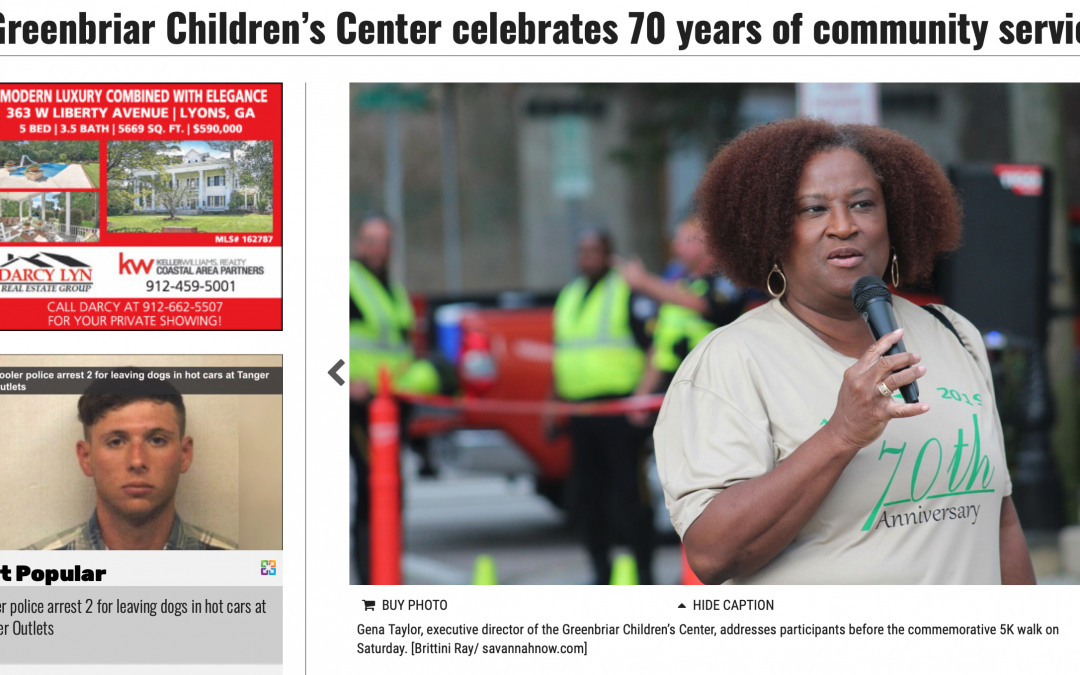 Before the city’s downtown streets filled with shoppers, a group of Savannahians turned out early Saturday morning to commemorate the Greenbriar Children’s Center’s 70th anniversary during a 5K walk.

“Greenbriar has served the community for 70 years, and they do a fantastic job,” said Scott Center, former board member and honorary co-chair of the organization’s 70th anniversary celebration. “It’s time to let the community know how much they have helped to make it a better place. They have impacted so many children in Savannah and turned a lot of lives around.”

Greenbriar operates a shelter for abused, neglected or runaway youths. It also has two early learning centers, Wendy’s Preschool and the W.W. Law Learning Center, for children six months to five years old. In addition, it offers family and individual counseling and an independent living program, including apartments for young people age 18-21 who have aged out of foster care and need job-training and community support.

The center was founded in the early 1940s when philanthropist Adaline Graham died and left property and funds in her will to start an orphanage for African-American children. In 1943, five women from Gamma Sigma Omega chapter of Alpha Kappa Alpha sorority met with the Rev. Ralph Gilbert, pastor of First African Baptist Church, who organized 20 churches to support them.

By continuing to use the site, you agree to the use of cookies. more information